This is part of a series of posts about developments in English language science fiction publishing in the US and UK that caught my eye during 2017, along with predictions for 2018. I’ll explain why I’m restricting myself to these markets at the end*.

Twenty years ago, every town in the UK had record stores. Go back thirty-five years and I’d often stop off on my way home from school to flick through the second-hand records at Mr. Toast in Crouch Street; they were some of my most precious memories from my youth.

Today I have to explain the concept of record stores to my son because he’s never seen one (not quite true, but that’s what he tells me).

In 2037, will my son have to explain book stores to his children?

Across retail (not just with book stores) 2017 saw a continuation of a general trend from brick and mortar to online. Toys “R” Us is the latest high-profile casualty, Sears looks like it’s in trouble, and so too is Barnes & Noble.

One of the trends for 2017 was the speculation about B&N’s demise and what that would mean for publishing.

B&N: Resistance is NOT futile!

I am certain that the health of B&N is significant for science fiction publishing, although maybe not in the way you would expect. However, I think there’s a danger of the talk of a collapse at B&N overtaking the facts on the ground.

Quarter after quarter, B&N reports losses and declining sales, but so did its closest UK equivalent, Waterstones, which made losses from 2008 until turning a profit in 2016. In Canada, the bookstore chain, Indigo, is expanding.

So recovery is possible, but it’s far from inevitable. Equally, while comparisons between each country’s leading physical book retailer are tempting, they may mislead.

Waterstones returned to profitability after what seemed like a perpetual death spiral, but it achieved this not by growth in book sales, but by running the business more efficiently, reducing rents, and breaking with long-standing traditions. And it did so with a clear strategy from James Daunt, its new CEO installed after it was bought by private equity in 2011. For example, Daunt described reducing the ‘co-op’ money Waterstones receives as being like “coming off heroin” (‘co-op’ is where publishers pay them to stock and promote the books the publishers want to get star billing). But by doing so, Waterstones has significantly reduced the rate of returns and improves efficiency use of store space by stocking books the customers want to buy, rather than stocking books the publishers want to sell.

I visited an Indigo store a couple of years ago, and it seemed to me that its closest UK equivalent was not Waterstones but WH Smith. In other words, Indigo was a much more generalist retailer than a bookstore with a few extra product lines and a coffee machine added on. Indigo’s latest accounts say that 58% of revenue came from books, magazines, and newspapers. (See this example of an Indigo opening in 2016). store

I don’t want to see the idea of a bookstore in every town disappear; nor do wish to see tens of thousands of people lose their jobs. Nonetheless, B&N doesn’t currently seem to have the same vision as their Canadian and British equivalents, and it’s becoming increasingly difficult to see the purpose of Barnes & Noble. They became dominant in the US by putting the existing book stores to the sword by using pretty much the same tactics that Amazon is now using against them. Except Amazon does it better. The big B&N stores hold a huge selection of books, but not as big as Amazon. With Amazon Prime and Amazon Kindle, why drive to the book store when you can get a better choice and often a better price without leaving home?

The result in 2017 was an increasing volume of articles written about Barnes & Noble’s imminent demise and the consequences for OldPub’s US imprints.

What happens if B&N goes under?

First of all, we must always remember that the parent companies of the major traditional imprints are true international conglomerates, and a great deal of their interest is placed on the growth markets of China, India, Malaysia and elsewhere. If B&N goes under, the long-term impact on US-centric imprints will be large (though not fatal) but it won’t mean an existential threat to the parent companies. Nonetheless, a key part of their current US success is their dominance of the sale of printed books through physical stores.

As a SelfPub and NewPub publisher myself, the moat around selling to bookstores is so impassible that I don’t waste my time even trying to sell through bookstores. Years ago I went through the rigmarole of setting up the bureaucracy to sell through B&N’s closest UK equivalent, Waterstones, and did sell a handful of copies, but lost money on every one. I shut it all down and officially mark all my books as out of print, even though they aren’t.

However, if B&N were to go under, amazon.com would reign supreme as the retailer of printed books in the US, and that’s a sales channel where I can compete very effectively with OldPub.

That, at least, is a common view of B&N, but the latest data from Bookstat/ Authorearnings, and discussed by veteran industry analyst Mike Shatzkin here, suggests that when combining physical and online channels, Amazon is already selling twice as many printed books in the US as B&N.

I think that once the excitement and wails of despair die away, we’ll find the full impact of a hypothetical collapse of B&N for those who don’t work there will take years to work the way through the industry. The biggest effect will be on the next generation of authors who will ask even more assertively than today why it is they should sign an OldPub contract with traditional publishing when TradPub can no longer entice with the possibility of getting their book into local book stores (because those stores no longer exist).

For many new authors in 2017, the dream of seeing their book on the bookstore shelves is still utterly compelling. For all their sales success, especially in science fiction, NewPub and SelfPub cannot offer that.

In 2037, I predict the likes of Wal-Mart and Target will continue to sell discounted bestsellers and sell even more than they do today. Academic bookstores linked to colleges, and specialist books linked to tourist attractions will remain healthy. Specialist and charismatic independent bookstores that can offer an experience that you cannot get online will survive, but the idea of a chain bookstore in most towns will be long dead.

Midlist fiction authors selling to the American market will no longer sign up the traditional publishers, which will be the reserve of celebrity authors, tie-ins to major franchises, and frontlist authors. The likes of John Scalzi and NK Jemisin will continue to be published by the major traditional publishers, but if B&N goes then the next generation of Scalzis and Jemisins will first have to deliver commercial success through NewPub and SelfPub.

Barnes & Noble will stagger through 2018, attracting an increasing swarm of speculation about its demise. It will not go bankrupt in 2018. However, now that it has reduced the losses of its Nook division, I speculate it will try to sell it (possibly a strategic opportunity for Kobo).

Barnes & Noble files for protection from its creditors under Chapter 11 bankruptcy.

Set in contemporary Northern Ireland, in Waters and the Wild (2017) by Jo Zebedee, Amy is off with the fairies, literally. But are the fairies she sees a symptom of mental health issues, or is she seeing a level of reality most people are blind to? The deaths, though. They’re real enough. 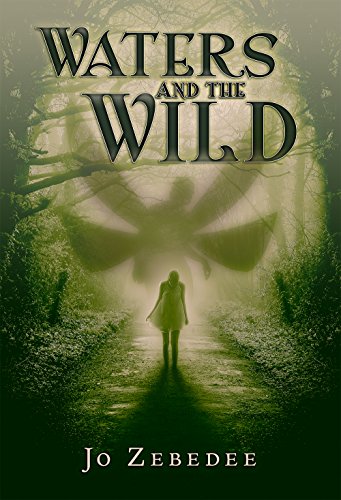 Although I’ve enjoyed Jo’s science fiction books (such as Abendau’s Heir (2015) and Inish Carraig (2015) ) Waters and the Wild is more a short psychological thriller with a strong paranormal theme (which may well be delusional… read the book and decide for yourself). And it’s very good!

Jo is a hybrid author (by which I don’t mean she’s a cyborg, rather that she mixes traditional publishing with self-publishing and other work) and you can find out more about her here.

P.S. In an earlier post, I mentioned collaboration and the Explorations series edited by Nathan Hystad. Jo was in the first one Explorations: Through the Wormhole (2016), as well as the Andre Polk Memorial Anthology (2017), set up by the Space Opera: Writers FB group.

An author I got to know and appreciate through social media last year was Yudhanjaya Wijeratne, whose self-published futurism/ tech-thriller, Numbercaste (2017) came out last year. Yesterday, he announced that the book had been picked up by HarperCollins in a four-book deal together with the Commonwealth Empires trilogy he’s working on at the moment. Yudhanjaya says that this is a big deal for Sri Lankan science fiction. Well done, mate, and good luck. 😊 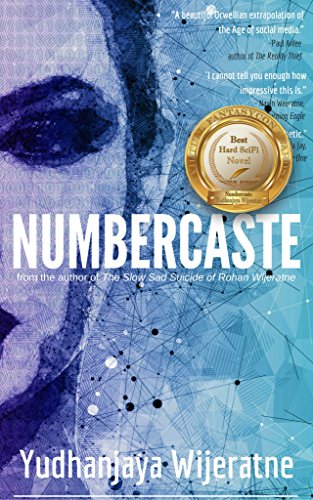 Other posts in this series

SF Publishing in 2017 pt.3 Collaboration: Let’s work together… and make a killing.

SF Publishing in 2017 pt.4 – Can I have dragons and man chests with my spaceship?

Humans or Hardits? Who should prevail?

Only the Night Hummers decide. 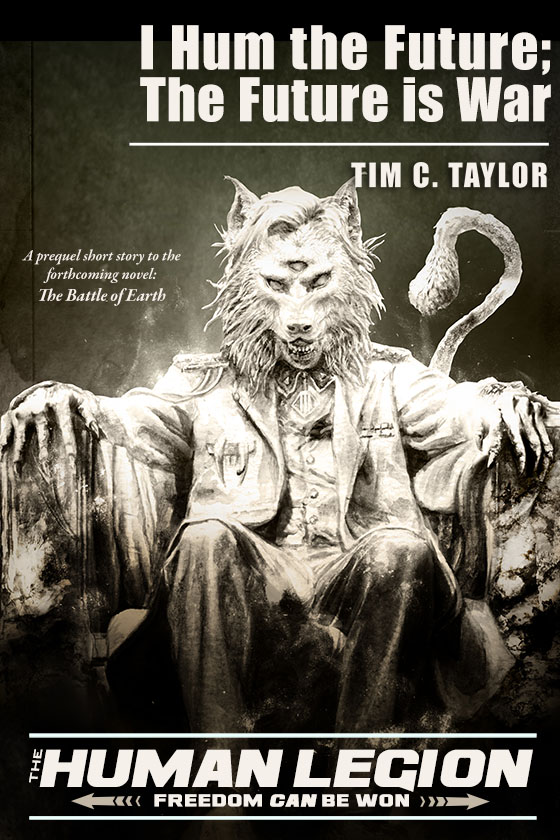 Members of the Legionaries group not only receive a Human Legion Universe starter library, but exclusive content through the Legion Bulletin. You can read Bulletin #17, which contained I Hum the Future here.

Tim C. Taylor is a British author of popular science fiction who quit the day job in 2011. For a free starter library of exclusive stories, which make great jumping off points into his multiple book series, join the Legionaries by following THIS LINK.

*So, why restrict myself to English language science fiction publishing in the US and UK? It’s not that nothing else is going on of importance. For me personally, I am greatly indebted to my loyal fans in Australia, Canada, and elsewhere. More generally, I suspect that in 25 years’ time, we’ll look back at this time and consider that not only were the biggest changes in SF publishing taking place outside of the English language, but that they will profoundly impact Anglo-American science fiction over the coming decade.

The reason is simply that it’s with the US and UK that I have the most meaningful data and consequently the deepest understanding of how those markets work. Also, I succeed or fail in earning my living as a writer by my success in selling to American readers, so I watch trends there like a hawk.